There is not much time left until the beginning of the big Population and Housing e Census. What makes this census special is that Statistics Estonia is organising it mainly with data obtained from registers. What else should you know about the upcoming census?

One of the principles of the census is the agreed Census moment, i.e. the critical moment at which data are collected from people. The Census moment is the early morning of December 31st 2021 at 12AM. The Census moment ensures that the data can be compared at a specific point in time. Censuses are also comprehensive and regular, which means that data on the entire population are collected every ten years. 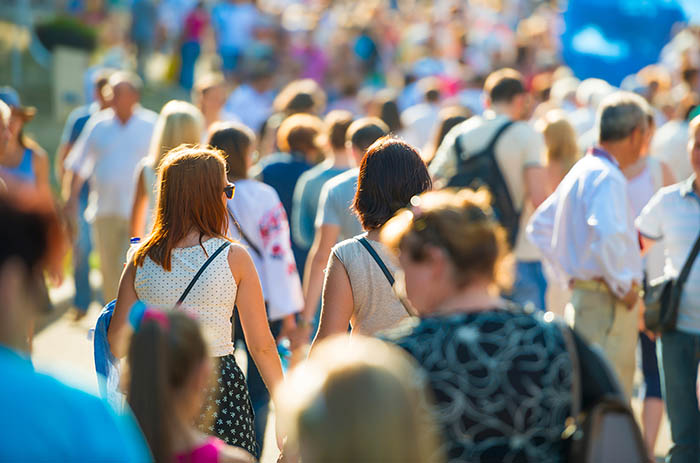 02    Census based on such voluminous register data has not been conducted in Estonia before.

Many years of work has been done to organise data in national registers, to make them reliable and of high quality. During the Census, Statistics Estonia will not ask people again for the data included in the registers, with a few exceptions (nationality and mother tongue). For example, data on education or legal marital status already exist in state-owned databases. Also, Statistics Estonia will not ask if and where a person works, because this information is obtained from the employment register and the Estonian Unemployment Information System.

All registers used for the Census are listed on rahvaloendus.ee. The most well-known are the Population Register and the National Register of Buildings, and data are also received from the Traffic Register, Land Register, Causes of Death Register and the e-File system. At a certain time agreed upon with the registers, all data will be transmitted to a database of Statistics Estonia via a secure X-Road environment.

Multiple registers are used as sources for some characteristics. For example, if the information on a person’s level of education differs in registers, it is compared, and the most recently updated data are used.

04    About 60,000 Estonian people will participate in the sample survey

In Estonia, a combined method is used for the Population and Housing Census. This means that Statistics Estonia will collect data from registers on all Estonian people, and in addition, there is a sample survey.

The respondents of the sample survey have been selected at random from all across Estonia and they will be invited both by e-mail and regular post to participate in the Census survey. It is mandatory to respond to the survey for those who receive an invitation.

Nevertheless, all Estonian residents are welcome to answer the online sample survey, because the more respondents there are, the more accurate and complete the result will be. Sample survey is an internationally accepted method that meets all quality requirements.

05    With the questionnaire, important data will be collected that are not available in the registers.

In the last censuses, long questionnaires of several pages had to be filled in. While in 2011, it took on average 51 minutes to complete a set of questionnaires online for a 2–3 member household, this time the survey is significantly shorter, taking less than 10 minutes per person to answer it.

The sample survey includes topics that are mainly based on personal assessment and beliefs. The survey consists of questions about language skills, dialects, religion, migration and health. Questions on health and religion are optional.

Based on the results of the survey, decision-makers who shape our daily lives can make high-quality and relevant decisions. For example, the answers to health questions allow us to find out where more people with health restrictions live, how old they are, and as a result, plan better health and social services. Based on the questions concerning migration, it is possible to analyse how much of the Estonian population is affected by short-term mobility and commuting. The Census also makes it possible to assess changes in destination and source countries of people and to prioritise with which countries Estonian foreign missions should strengthen co-operation.

06    The survey can be conveniently answered online.

The Census survey will take place from December 28th this year to January 15th, 2022. All Estonian residents can conveniently answer to the survey online when and where they like.

If residents who have been randomly selected cannot answer the survey online, they will be contacted by an interviewer of Statistics Estonia to arrange a telephone or face-to-face meeting for answering the questions. The interviewers will be working from January 22nd to February 20th next year.

07    By specifying one’s data in the Population Register, a person can contribute to the success of the Census and the quality of the collected data.

Find a few minutes to check if your contact information such as e-mail, phone number or residential address are correct on the website www.rahvastikuregister.ee. It helps to ensure the success of the e-Census.

According to a public opinion survey commissioned by Statistics Estonia, only 17% of people had visited the e-Population Register last year. On a positive note, 87% of respondents were willing to update their data there.

This time, the Population and Housing Census will be conducted using a combined method; however, moving forward, Statistics Estonia hopes to transition to an entirely register-based census. This would allow having a Census as often as every day, without asking questions from people.

In the last census, in 2011, 67% of the Estonian population answered the questions online. With that, we set a world record of answering the census online. Now the goal is clear: to achieve an even better result answering online.

09    The data collected in the Population and Housing Census are strictly protected.

The results of the Population and Housing Census will be published gradually throughout the next year.

The data collected in the Census are strictly protected. The obligation to protect data is based on both the Personal Data Protection Act and the Official Statistics Act. The data processing takes place under strict security requirements and the data are used only for statistical and scientific purposes.

Did you know that: