Population census: the share of people of foreign origin who consider themselves ethnic Estonians has grown

Data from the register-based population and housing census of 2021 reveal that 72.5% of Estonia’s population is made up of native people, i.e. persons with at least one parent and grandparent born in Estonia. At the time of the previous census, the share of the native populace was 75.3%, which means that the proportion of natives in the population has decreased by 2.8 percentage points, while the share of the foreign-origin population who consider themselves ethnic Estonians has increased. 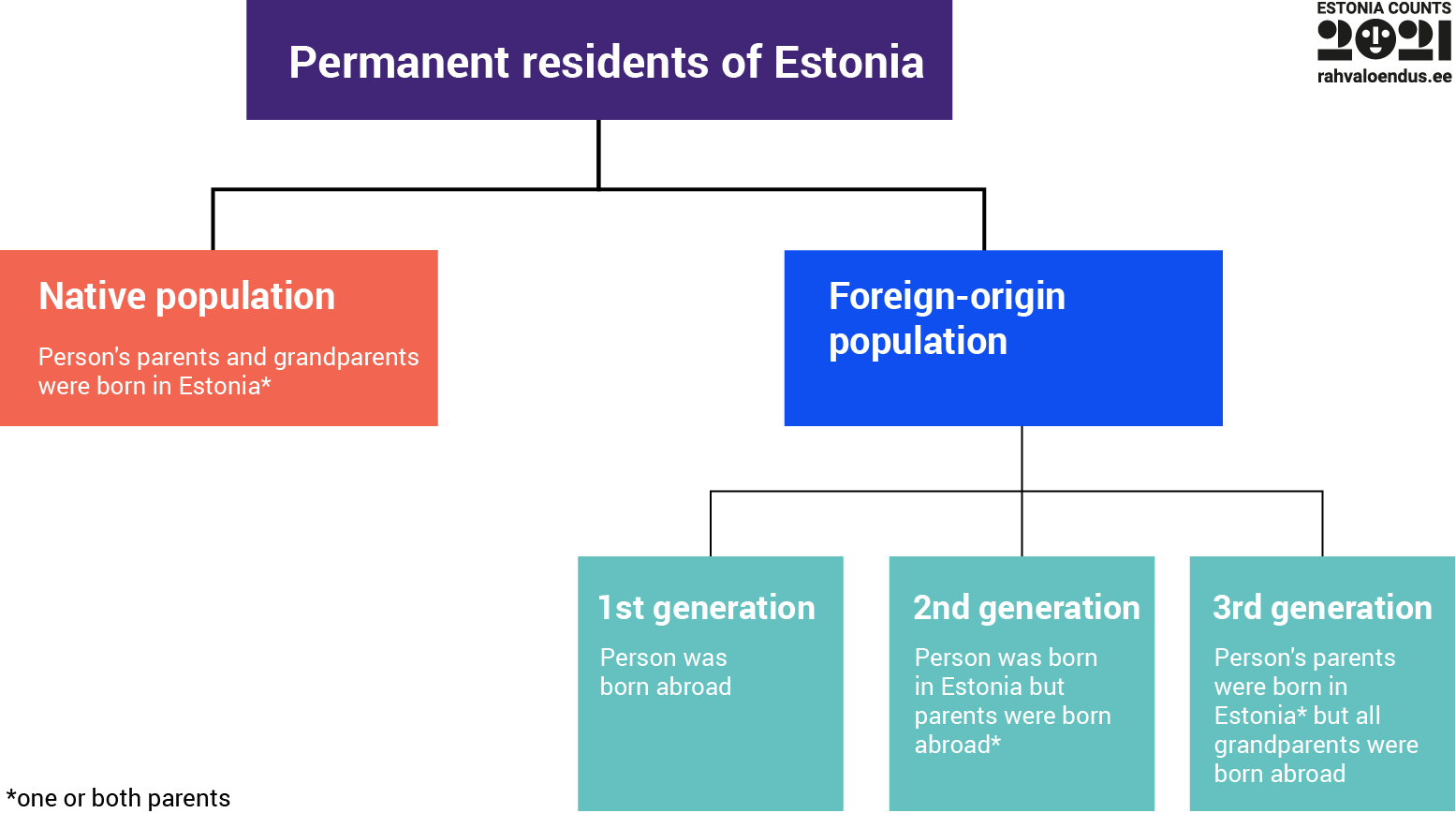 Terje Trasberg, leading analyst at Statistics Estonia, explained that the largest group of people of foreign origin – the first generation – consists of permanent residents of Estonia who and whose parents were born abroad. “These are foreign-born people who have come to live in Estonia, i.e. immigrants. In the younger age groups, the first generation includes, for example, foreign students who have been living here for a longer period of time, while in the older age groups, we see people who were born elsewhere and stayed in Estonia after the country regained its independence,” said Trasberg.

The descendants of the first generation are classified as second generation. This group may also cover, for example, a child born in Estonia to a woman who moved to live and work here from abroad. The third generation of foreign-origin population is made up of individuals with at least one parent born in Estonia and both sets of grandparents born elsewhere.

“Compared with the previous census of 2011, the biggest change has occurred in the third generation of foreign-origin population. Its share has increased by 2.4 percentage points in 10 years,” noted Trasberg.

Immigrants are mainly from Russia and Ukraine

Of the first generation of foreign-origin population, 45% are men and 55% are women, and the average age of men is significantly lower than that of women – 53.1 and 61.2 years, respectively. This is mainly due to economic migration, which is particularly prevalent among men aged between 30 and 49 – these are men who have come to work in Estonia.

The number of foreign-origin inhabitants has grown in all counties

The first generation of foreign-origin population, i.e. immigrants, are concentrated not only in Harju and Ida-Viru county but also in larger cities. The foreign-origin population of the second and third generation, on the other hand, has spread more to the counties surrounding bigger cities. As expected, the highest proportion of native population (97%) is found in Hiiu and Saare counties, which were at the top of the county ranking in terms of the share of native populace in the 2011 census as well.

The share of people of Russian ethnicity in the foreign-origin population has decreased from 80% to 73% in ten years, whereas the proportion of Ukrainians has increased from 7.4% to 8.4%.

For more information on origin collected during the census, visit rahvaloendus.ee. The results are based on census data retrieved from registers and are published in the statistical database. The data collected with the survey are still being processed and analysed and Statistics Estonia will publish these results in November.